Knightly Order... Here be Giants!... Of the mechanised walker variety :)

Been a while since last update... thought I might share what I've been doing.  So GW Produced a lovely model in the new Imperial Knight.  Always had a soft spot for these since the first games of Space Marine and Epic.  On getting the codex none of the Houses appealed to me, so I looked at doing a freelance but I really like the idea of having a background and Knightly Order to draw upon, hence my Dark Angels I suppose.

So what to do?  Back in the early 90's my dad got a little obsessed with the family tree and history, anyway he tracked us directly back over 600 years.  So I thought hell if we'd been around 600 years then why not another 40k ;) and the order House Tozer was born.  I painted the Knight in the heraldry colours and 40k'ified the family crest.

The back story is they are the rulers of a Dark Angel recruiting world that the Angels call upon in times when a little bit more firepower is needed.  So I get the best of both worlds... A fully fledged Knightly Order to use on it's own or an allied detachment for my Dark Angels.  It's mostly finished I have some kill markings to do and some Dark Angel iconography to apply.

So here is the God Engine Warspite... 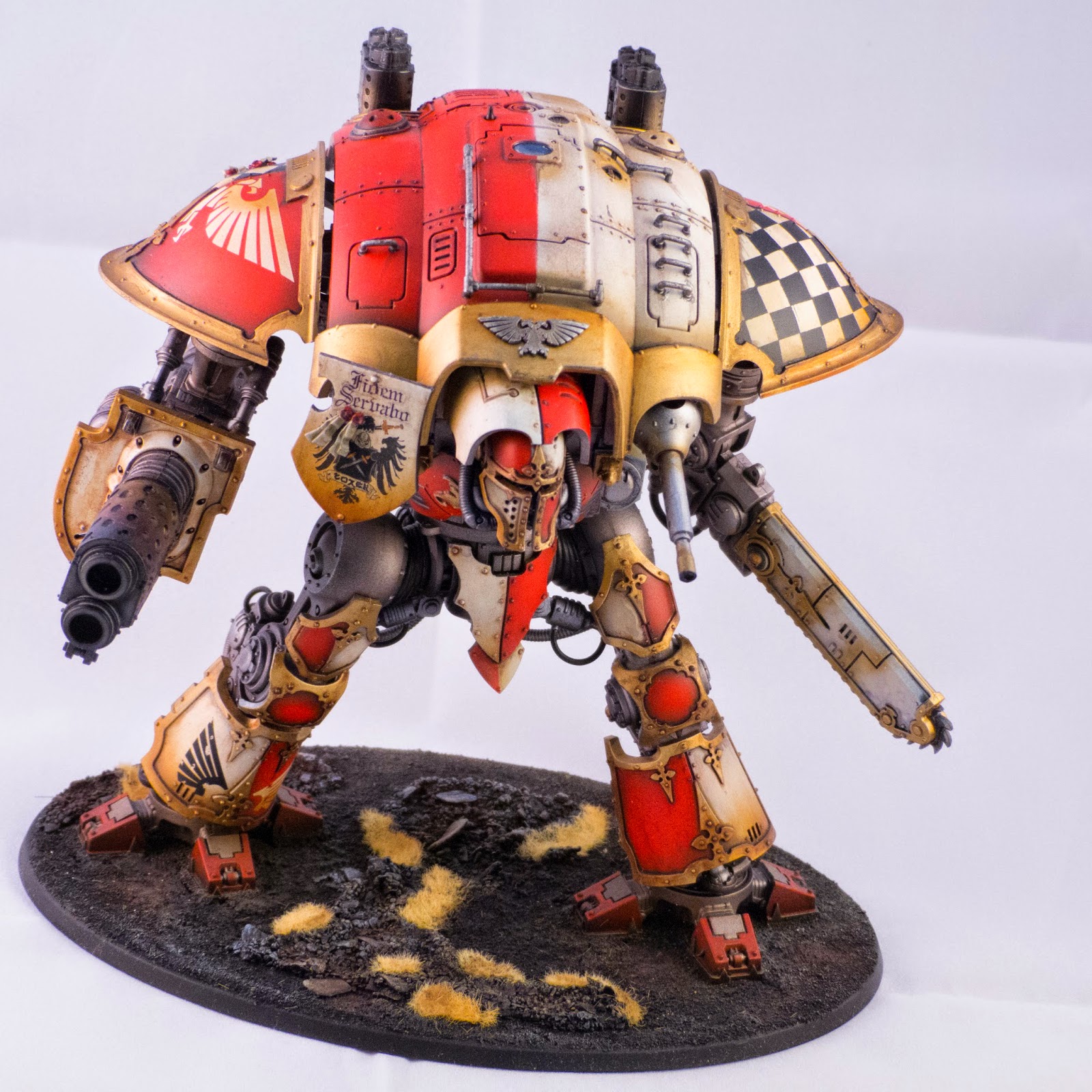 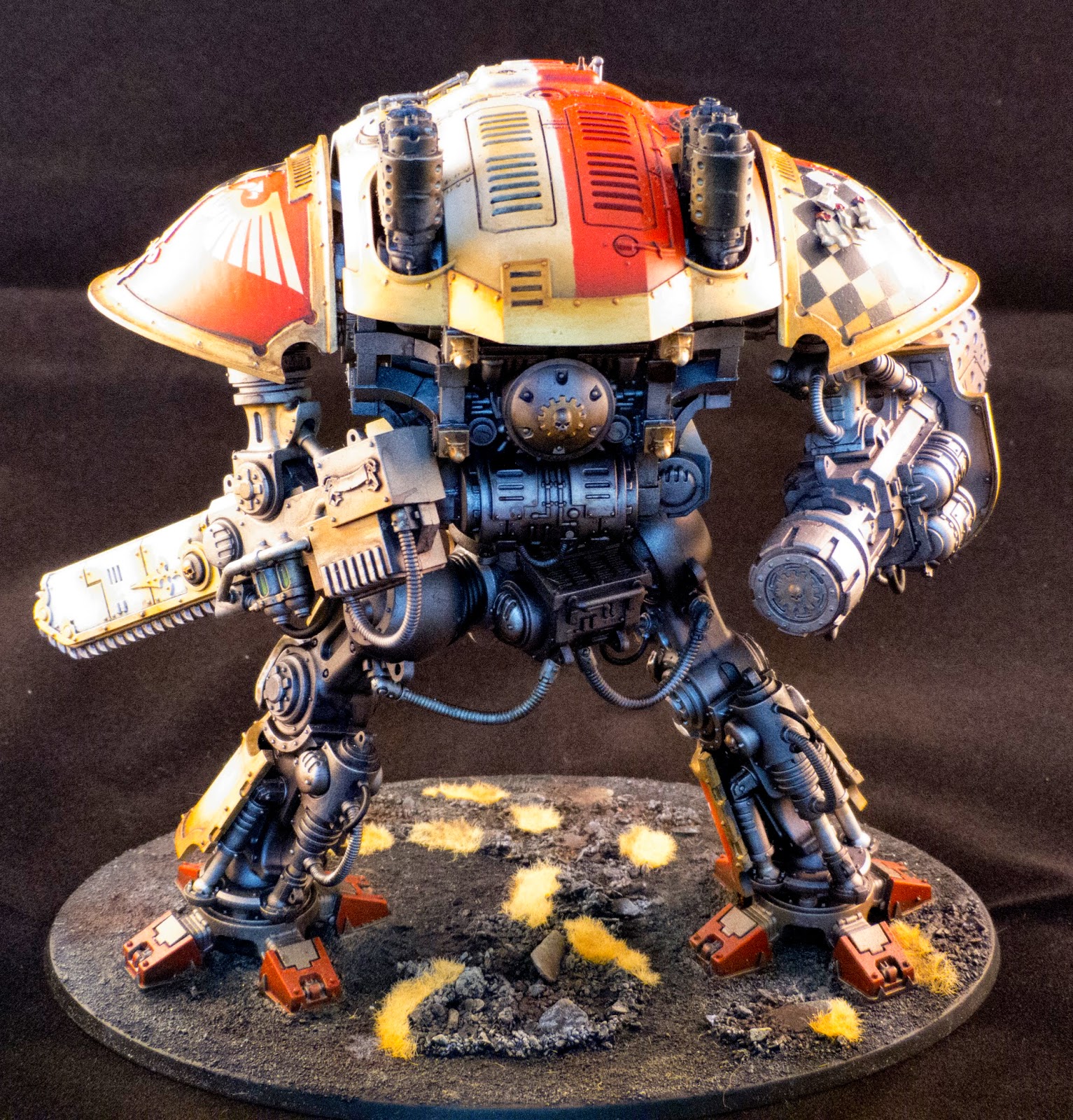 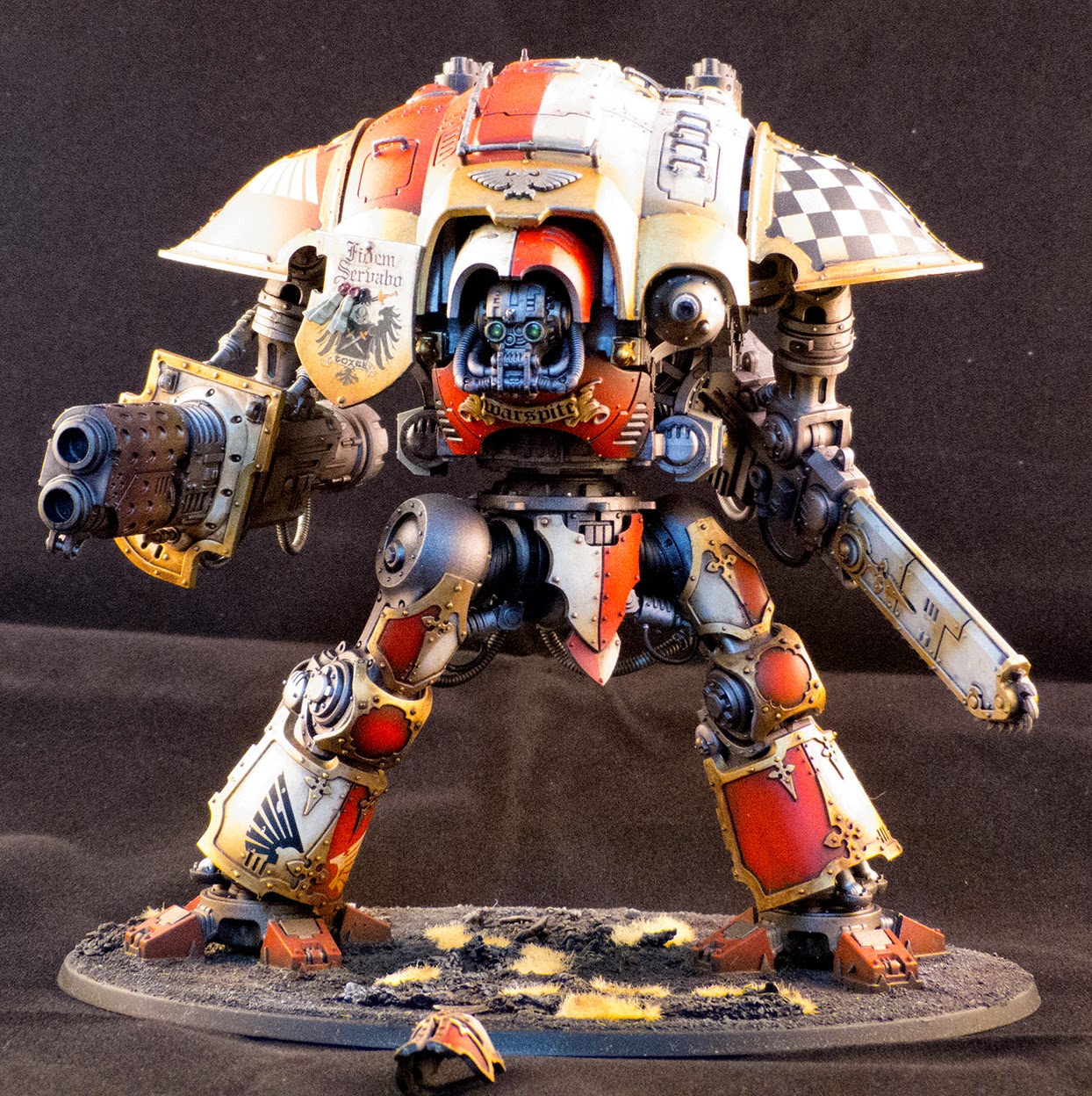 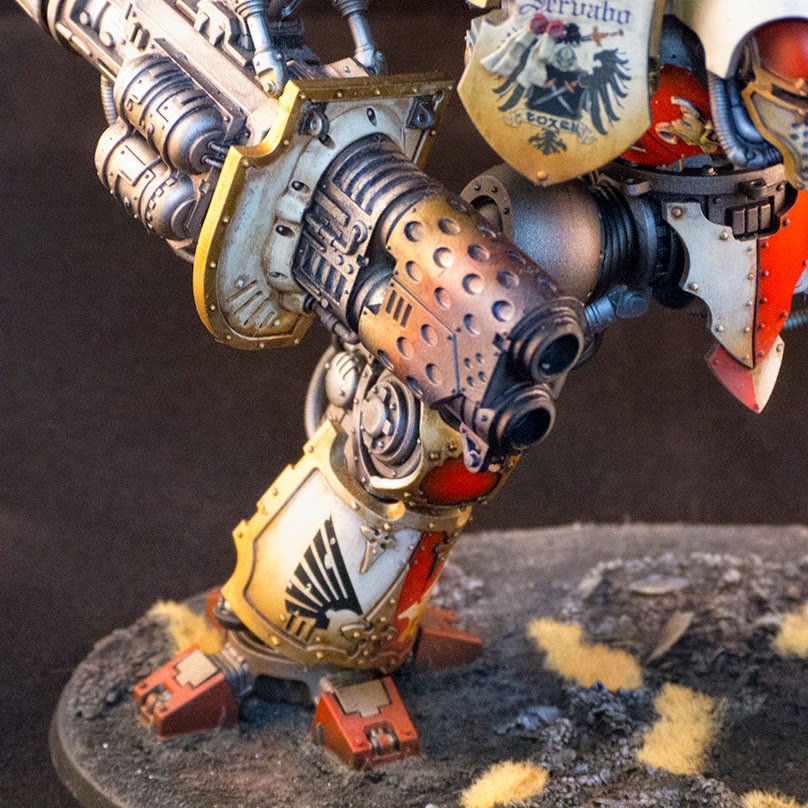 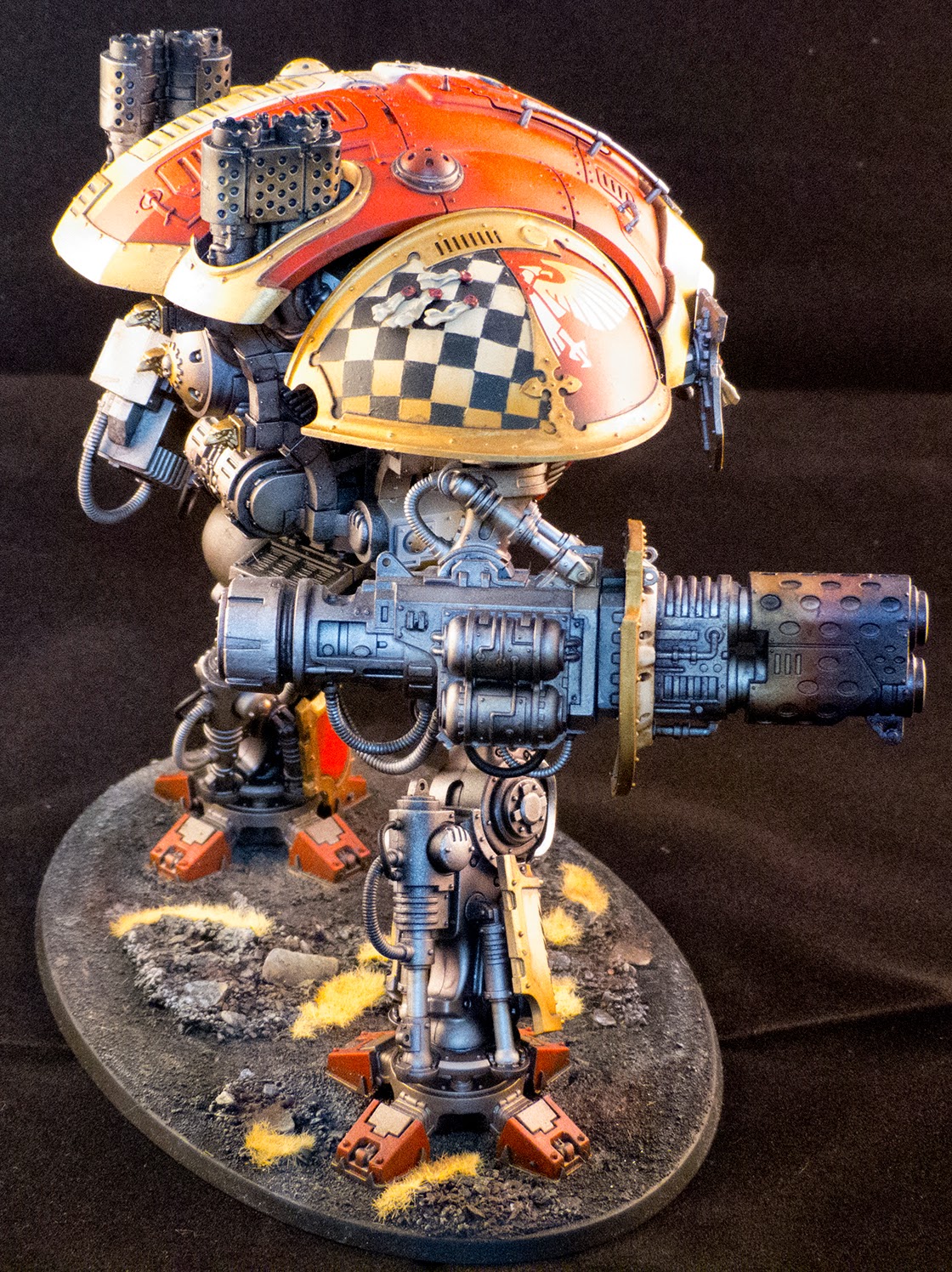 Everything on the model is magnetised so weapons can be swapped the engine reposed and masks can be changed.  Hope you all like it.﻿
Phil
Posted by Unknown at 02:17 No comments:


Grom the Paunch.  Long forgotten hero of the goblins and weirdly dropped by GW despite being a charismatic character and a nice backstory to go with it.

Anyway the story goes he ate a plateful of troll flesh and now it's regenerating inside him only his potent digestive system keeping him alive and not bursting from the seams.

Games Workshop produced what was a nice miniature at the time for Grom himself, but with Niblet his banner bearer they decided to go away from the original Mark Gibbons artwork to a mini that quite frankly was awful.  It had very few if any redeeming qualities.  I can understand why they did it, they decided to put Grom & Niblit in their own chariot and the pictured Niblet wouldn't have been a good passenger! ;) 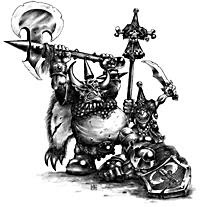 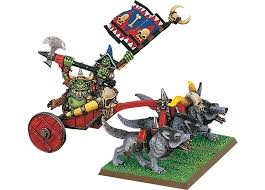 That's not to say the original Niblit wasn't made, he was, but he was never released to my knowledge (of if so in very limited edition)
Now I'm lucky enough to have both Grom & Niblit in the Chariot and Grom and Niblit on foot and I tried to re-create the original MG artwork, however I couldn't find a sprawling dwarf and my conversion skills leave a LOT to be desired.  So he's on rocks!! Anyway here they are... 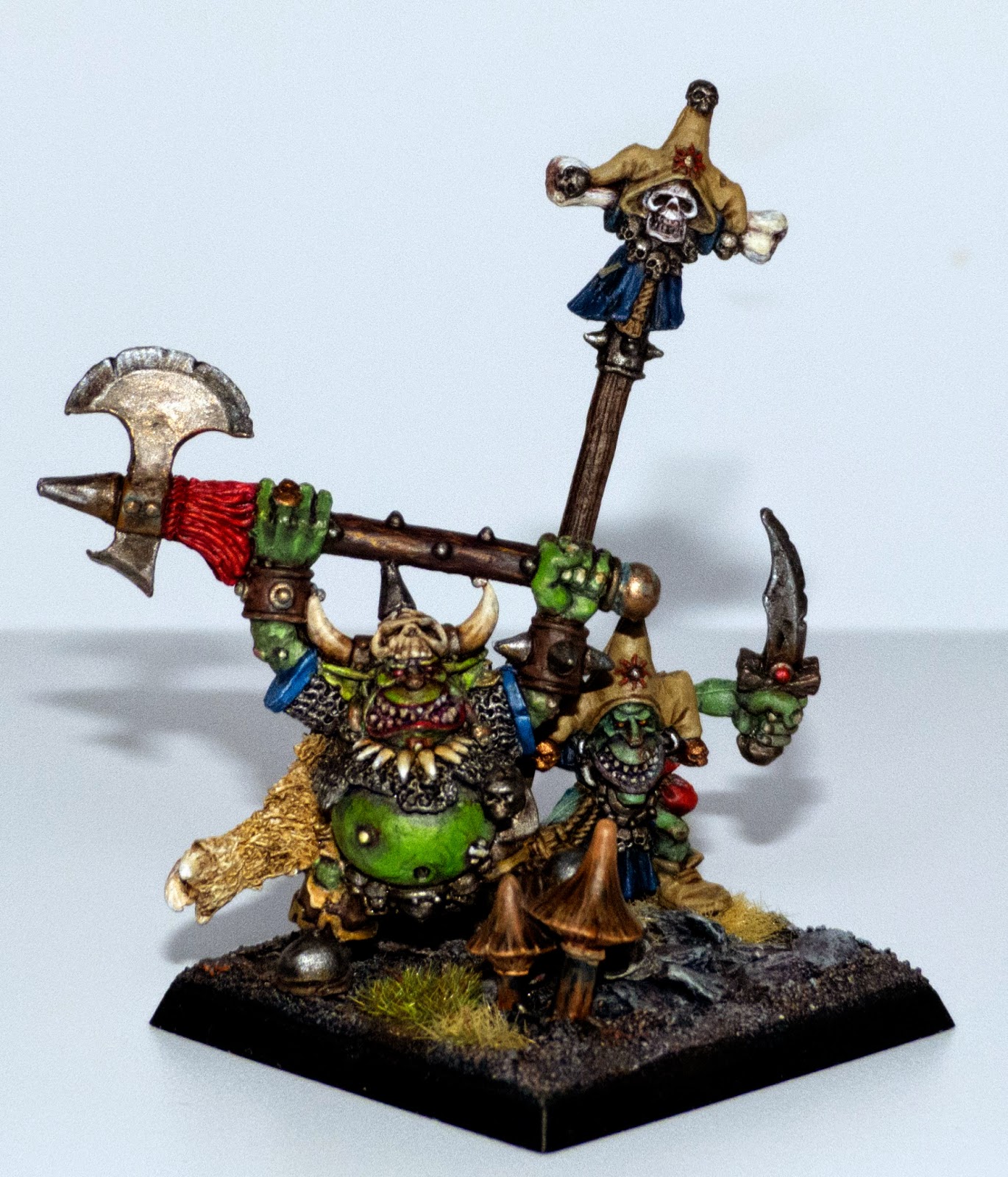 New to this bloggin shiznitz!

As the title suggests, this will be my first blog!  Go easy on me as I try to motivate myself to sorting out my many many miniatures and getting some paint on them.  Here is my first pic to put on here for something to look at... 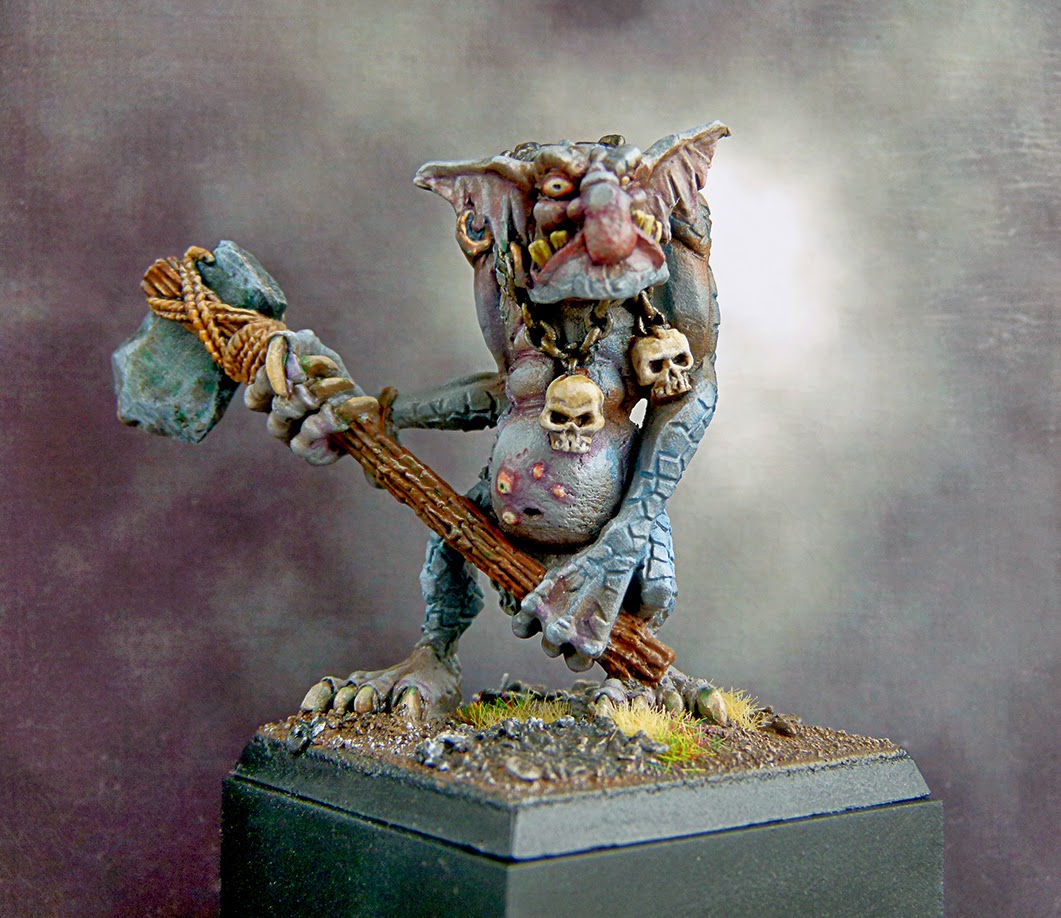 I have a wide range of minis mostly GW from some of the current to some vintage 1980's and early 90's and even some unreleased models.

Short but sweet I know but will add more over the next few days.  TBC!...